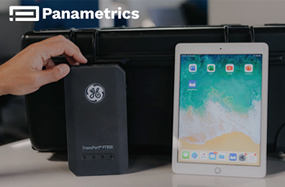 Previously the PT900 App was only available to Android users, but the most recent update at Panametrics means the app is now available on iOS devices.

- Minimum device requirements: iOS version 11.0 or greater, BLE 4.0 or greater, and device capacity of 16GB and greater (tablets or phones)
- Bluetooth pairing always requires a passcode
- Very similar to android app- if you have used the android version you shouldn't have a problem with the iOS app
- No direct wired version from iOS device to PT900 transmitter is available with the iOS version- Bluetooth is required
- Makes for a wider range of devices you can use to connect to a PT900
- The app is available to download NOW!